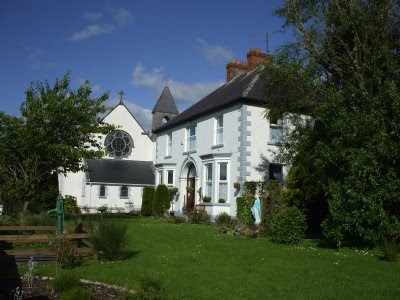 After arriving back from the amazing few weeks I was ministering in New York I spent two weeks at the community house (pictured above) in Carrick on Shannon, County Leitrim. The name of our group is The St Patricks Community and we run Parish missions across Ireland and the UK.

It started about 8 years ago when I arrived in Ireland with nothing but a bag full of clothes and a car but the conviction that God was calling me to Ireland to Evangelise. I went on the road speaking in schools and parishes with a friend of mine called Padraig and it was incredible the miracles God worked in that time. Even though we didn’t have a penny to our names, we never had to spend a night without a roof over our heads and it was an exiting adventure travelling from place to place never quite knowing what the Lord had in store for us next.

Gradually as time went by more people came to join me and at the moment there are five of us, 3 guys and 2 girls, who make up the team. God has really taught me that if I want to be truly intimate with him the only way that can happen is if I am vulnerable. That means really sharing with him what is going on in my heart and not trying to hide or disguise my deepest fears but exposing them to him.

Each of the team members are at different stages on that journey to the freedom that God wants for them and one thing we have found is that if we are not prepared to be vulnerable with one another and share our fears and brokenness it is very unlikely we will share it with God. Community life has a habit of very quickly exposing all the masks we wear to make people love and accept us. When all of this stuff comes to the surface and you realise that the people you are living with are just the same as you, then that is the beginning of the healing process. God will never withhold his love and tenderness from us when we come to him in our weakness.

After Easter I went to speak at a Parish mission at Glasnevin in Dublin. On the Tuesday night we had 14 priests hearing confessions and many people ended up going for the first time in years, it was great to see the joy on their faces afterwards. I also spoke in a school in Dublin and the young people were so open while listening to what God had done in my life. Many of them emailed me and told of how God had touched them through my talk and they wanted to read my book to find out more.

I am the so thankful to God for the privilege of doing what I do, the greatest joy I have in my life is to see someone realise that they are precious to God and he loves them.

BE YOURSELF NO MATTER WHAT THEY SAY! 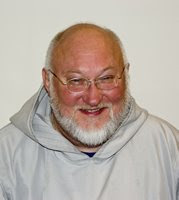 I have spent the last couple of weeks in New York. During this time I spoke at a mens day of prayer where 3000 attended.After my testimony one of the Priests from the Franciscans of the Renewal came to speak to me and shared how while I was speaking he could really feel the love of God the Father and how it had a powerful effect on him. He also said that for some time he had experienced the pain that people where suffering and would shed tears for them at the drop of a hat, I told him that it was the same for me and that this deep compassion for others was a beautiful gift from God and nothing to be afraid of.

I had the joy to do a live show on EWTN (a Catholic television network) with my old spiritual director Fr Andrew Apostolli, it was fantastic to spend the
day with him and I learnt so much from him. The day after the show I received an email from a man who said he decided to go to confession after what we had said on the show. He been going to Mass without receiving the Eucharist for some years, after his confession he went to Mass and received Holy communion and God showed him his presence and his love for him in a deep way. He wanted to say to me that these programmes were doing great good.

While I was in New York city I stayed in the house of formation for the novices of the Greyfriars. This year they have seventeen young men who desire to give their lives totally to the service of the Lord and especially the poorest of the poor. What a witness to me of dedicaton and generous hearts.

I went to speak at an event called theology on tap in Buffalo. I shared the story of a girl I know who when she was a little girl was sexually abused by
someone outside her family and had later gone on to become very promiscuous as a teenager. On one particular occasion she been with several guys at the same time and afterwards had felt such a sense of shame that she had attempted to kill herself. She ended up going to a priest for confession and during the confession the priest had placed her head on his heart and she had wept tears of joy. The only problem was that even after this confession she couldn't forgive herself for the things she had done. One day she asked me to pray over her to heal the memories of the situation where she had been with several guys at once. I told her to place herself back in that situation in her imagination and I would pray for Jesus to come with his healing, very quickly she began to cry so much that at first I was quite concerned. After about half an hour when she seemd totally at peace I asked her what had happened when
we prayed. She told me that in her imagination she had been back in the situation where the several guys were using her and she felt disgusted with herself when suddenly Jesus appeared with a white gown that he placed upon her and he said the words "my innocent little seven year old girl" and he covered all her shame with his love. She realised that God wasn't looking at her with disgust for the things she had done but could only see a little girl who should never have suffered in that way. What an immense healing for her that was.

After this talk a girl approached me with tears flowing and she told me how she had lived a similar life to my friend and that through her story she realised that God was looking at her with utter compassion and understanding and that now she would be able to forgive herself and really begin to live her life anew.

The next day I said to John (the man who had invited me over for the talk) "there was a lot of tears last night" and he replied "Yeah, including mine" and we both laughed, grateful to God for all he had done. The two families that I spent time with were a real inspiration of what family life can be, one had nine children the other had ten.They had so much love and concern for each other and a joy which was infectious.

Lastly my friend Fr Robert Stanion (pictured above) passed away. I thank God for his life and how he taught me by his example that the greatest way we can serve God is by being ourselves. He was always very real and never pretended to be anything other than what he was, but his heart was so full of love that he was always ready to lift the burdens from all those who crossed his path, may he rest in peace.

Know that you and your loved ones are in my prayers.