THE GIFT OF FRIENDSHIP IN GOD 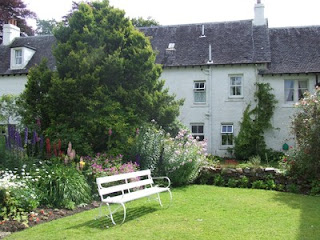 In Early August I had the joy to be one of the speakers
at the Youth 2000 Ireland summer festival which takes
place at Clonmacnois. This brought back great
memories to me because it was at one of these events
I experienced my conversion at Aylesford in England.
I think they are being used powerfully to bring the love
of God to the young people in Ireland and I could see
the Lord working very deeply in many hearts.

On the Friday night of the festival they had over fifty
priests hearing confessions for a number of hours.
I know from my own life what a massive turning
point this was. When we genuinely want to change
God can work miracles. I was humbled by how many
people approached me and said how reading one of
my books had helped them. I could only give thanks
to the grace of God for this because at school I was
dyslexic and in those days they didn't know what
that was, so I was told I was stupid and would never
amount to anything. As someone once said "God
doesn't choose the qualified, he qualifies the chosen"

The leader of Youth 2000 in Ireland is James Mahon
and he spent six months with us on our team a few
years ago. Even though we don't see one another
too often I always feel united with him in Christ
because I can see that the only thing that is important
to him is to do the will of God in his life.

Next I travelled to Edinburgh where I met up with my
good friend Frankie Mulgrew and his dad who is the
comedian Jimmy Cricket. A few years ago Frankie
was making a name for himself as a stand up comedian
but God touched his life in an amazing way and he
felt called to be a priest. He is now a Deacon and
hopefully will be ordained to the Priesthood next year.
He is an inspirational character with an amazingly
compassionate heart which reaches out to everyone
he meets.

After this I drove up to a place Called Buckie which is
four hours north of Edinburgh to share my story as part
of the Parish mission we were running. I must say that
I was very tired when I got there, because I had travelled
so much over the previous couple of days. Just as I got
out of my car to unload my bags I looked up in the sky
to see a massive rainbow which has always been a sign
to me that I am in the right place and my spirits were
lifted.

One lady who came to the mission said that she had
suffered a lot of pain and rejection during her life and
this weighed her down constantly, but before she went
to confession she felt Jesus say to her that he was going
to remove the thorns from her heart. Over the next
couple of days she experienced immense healing and
an overwhelming joy.

The Highlands of Scotland is one of my favourite places
in the world and as I was driving through Fort William
I arranged to meet an old friend who has been a great
blessing to me for many years Fr Roddy McAuley,
some of you might have seen him on the BBC TV
programme called an Island Parish. I don't think I
have ever met a more gracious host than Fr Roddy,
not only does he have an infectious gift of joy but I
can honestly say that every time I meet him I feel
uplifted and closer to God.

About sixteen years ago I spent over a year in a prayer
house in the Highlands called Craig Lodge. I would
consider the owners of this place Mary Ann and Calum
not only friends but like family. So as I drove down to meet
them from Fort William it was with great thanksgiving
in my heart that God has put such people in my life.
Their son Magnus MacFarlane Barrow is the founder of
Mary's Meals which feeds over 650,000 of the worlds
poorest children with a meal in school each day.
This was all started in a little shed which is next to the
prayer house under the inspiration of Our Lady after
whom the charity is named.

I have always felt very close to Magnus and several times
in my life he has given me guidance, wisdom and
encouragement when I've really needed it. On meeting
him he began to tell me about a powerful new
documentary film called "Child 31" showing the work of
Mary's Meals which has been made by a group called
Grass roots Productions (many of whom are ex gang
members from New York whose lives have been changed
by the love of God) He said that while visiting one place
where the children who are orphans were in a hopeless
situation of having almost no food, most of these youngsters
were addicted to sniffing glue which they used to kill the
pain caused by hunger. But Magnus was told of one
boy who refused to take the drug, and he asked if he could
meet him. The moment he was introduced to him
the lad said "You have to take me out of here!"
Magnus said the little boy simply wouldn't take no for
an answer so they agreed to take him with them for the
day even though they honestly didn't know what they
could do to help him.

Later that day they met with a Priest who ran an orphanage
and school connected with their work. He was delighted
to be meeting the founder of the charity and Magnus took
the opportunity to ask if the Priest could do anything for the
little boy. Not only did he enroll him in school he found him
a place in his orphanage and he will now be receiving Mary's
Meals in school each day. Magnus said he felt humbled by this
experience. Every single one of these children is so important
to God and by supporting Mary's Meals it is not only providing
them with life giving food but an education and a future.

To read more about the work of Mary's Meals and its
projects around the world you can visit their website
www.marysmeals.org

Over the last couple of weeks I have been running parish
missions in Paisley, Bellshill and Port Glasgow as well as
speaking to many hundreds of students in Holyrood and
St Mungo's schools in Glasgow as well as Schools in
Lancashire and Manchester. I had the joy of having with
me on the road Troy who was one of the first people I
became friendly with after my conversion. He has lived
in America for quite a few years and has just returned,
We had a blessed time where we both came closer to
God, which would be my definition of true friendship.

Please keep me in your prayers because I will be travelling
to five different countries leading up to Christmas and
speaking in Schools, conferences and prisons.

You are very much in my heart and prayers