IN GIVING WE RECEIVE! 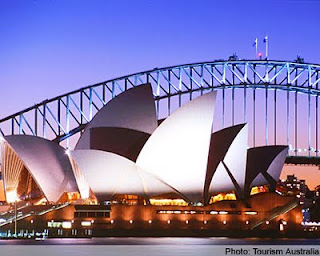 The last few weeks have been amazing, first of all I
travelled to Hong kong where I spoke in a school to
300 young people but also another couple of talks came
about that hadn't been arranged in advance one in a
prayer group the other at a healing Mass in Macau. The
whole stay was a great blessing and the people were so
friendly and open.

Next stop was Australia where there seemed to be a lot
of people coming to my talks probably because I had spoken
at the World Youth Day in Sydney the year previously.I spoke
at a theology on tap event and it was a grace filled evening
with many confessions taking place.

One young man of about 17 years of age asked me to pray over
him because he had a tremendous amount of anger in his heart,
I prayed asking Jesus to come into the situation and whatever
was causing the anger, he said he felt a tingling all over him
and a deep peace. I saw him again a few days later and he told
me he was doing the same thing I had done and asking Jesus into
every situation that troubled him. When he done this he said he
felt the tingling and the peace once again and he knew that Jesus
was showing him that he was with him in all his struggles.

I stayed with a beautiful family Paul, Annette and the children
who were an incredible witness to me of love and generousity
It was a real joy and an honour for me to spend time with them
and get to know them.

I did a lot of talks and prayed over many people whilst I was
in Australia, but as always with God he gives us far more than
we give him. A couple of times members of the Servants of Jesus
Community (a fantastic community based in Australia from whom I
learned loads during my stay) prayed over me and it was a
tremendous blessing for me. One of them told me that as he prayed
he saw me as a little child in God the Fathers arms. Afterwards
I felt a real closeness to our Heavenly Father. It is in giving
that we receive!

I also met up with my old friend Fr Richard Aladics and as always
that was a joyful time. He is now ministering at Campion College
in Sydney where I spoke to the students.

I love the way that God organises these trips and all the pieces
of the jigsaw seem to fall into place. I met someone who has invited
me to come to Malta next year and speak to the young people. I'm
looking forward to that already and everything else that God has
in store.

I'm heading back to Ireland now where I'll be speaking at a Parish
mission in Celbridge on monday 26th october.

Be assured that you are in my prayers, please pray for me and those
I will be meeting in the coming weeks