LIGHT THE FIRE OF GODS LOVE! 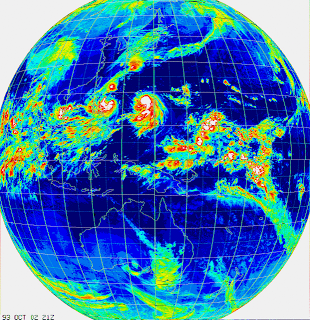 Hello everyone,
I hope you are well and at peace.

I have arrived in New Zealand and have spoken to 4000 young people over the last week in various locations around Auckland. I received an email from a man who came to one of my talks, he told me he had been a bouncer and had been leading a wild life but after hearing my story he has decided to change his life and is now planning to go to bible school for a couple of years.

When you do a talk you never know the effect that it may have, so it is always encouraging to hear that God has been working. Since coming to New Zealand I have heard from several people who have told me of what has happened to them since my trip here last August. One young man who heard me speak at world youth day said he was heading down the wrong path in life but now he has let God into his life and it has transformed him.

One teacher told me that a group of young men whom I spoke with had been deeply impacted by Gods grace and are going from strength to strength. Also a prayer group that I visited has started many new ways of reaching out and serving God including a pro-life group to fight against the evil of abortion, the leader of the group told me these were all fruits of my talk.

The most important thing is to do whatever God leads us to, because that will always be what brings about the most grace. I had been feeling for some time that God might be asking me to spend more time travelling to different locations to do talks. One day someone was praying with me and they got the picture of a globe with various fires (representing God's love) been lit all over the world. I knew that God was confirming this new calling! within a matter of days I received invitations to come and speak in the Carribean, New York and other places in the USA. Add to this the trips I already had planned to New Zealand and Australia and you can see that the Lord sometimes works quickly when he wants something.

I must say I am really enjoying the incredible adventure of following him to the ends of the Earth. This week I will be talking in schools in Christchurch and flying to Wellington to speak on television and also in a school.

On the way back from New Zealand I will visit Los Angeles to visit a friend of mine, Paul Kelmenson a Hollywood producer who would like to turn my book into a film, so please keep that in your prayers.

The most important thing is that no matter where someone lives or what they may have done in their lives, God wants the fire of his love to burn in their hearts and to show them how important they are in his plans. All of us can make an immense difference if we say yes to him!

You are very much in much heart and prayers,
God bless you in his deep love
John Pridmore
Posted by John Pridmore No comments:

THE JOY OF SERVING GOD! 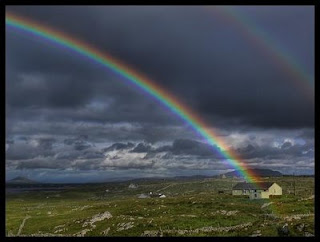 Since coming back to Ireland I have done two Parish missions one in Enniscroan and one in Waterford city. At Enniscroan the Church was packed every night and It was incredble to see the peace in the people at the end of the week.

During that week I had the joy to meet up with my old friend Fr Bernard Murphy, the head of the Franciscan friars of the renewal. He came into a school with me in Moyne, Co Longford. He said it was so important to see me witness to God's love without fear and with real conviction because that shows the young people that it is real, and that also when we follow God he sets us free to be ourselves and not to worry about what others think of us. After that talk I received many emails from the pupils telling how God had touched them and asking how to come closer to him.

The next weekend I did a talk in Wexford and a man came who had read my book and wanted to have a chat with me. He hadn't been going to Church for many years but someone had given him my book and it had opened him up to faith he had been taught as a child. He ended up coming to the Waterford mission and he went to confession for the first time in over twenty years. It was obvious that God had touched him in a deep way and I think he will do great things for the Lord in the future.

A woman came up to me at the mission and asked me to pray for a 4 month old Baby who has Down Syndrome but who was seriously ill with an infection and in danger of dying. I think these children are like angels who God has sent to bring his love and joy to the world, they are so full of God. A few days later she told one of my friends that the child was back to full health and that she thanked and praised God for it. The most beautiful part of it was that the mother, who had found it a bit difficult to accept the child at first thinking it would be a burden on her, had realised through the illness what a precious gift this child is to her.

At the moment I am in England doing a tour of schools, so please keep me and the children in your prayers. Next I will be travelling to Los Angeles and then on to New Zealand to speak at a big youth conference in Auckland.I will then share my story to thousands of teenagers in Schools in both Auckland and Christchurch. What a joy it is to serve God, I never thought I'd see so much of the world let alone doing something Which I love so much, telling others about the God who loves them!

You are all in my prayers
God bless you in his deep love.
John Pridmore
Posted by John Pridmore No comments: