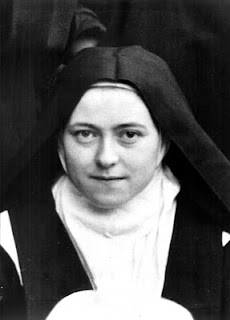 A couple of weeks ago I flew over to Paris to take part
In a conference where Jean Vanier the founder of the the
L’Arche community was speaking. He had read my book and
a member of his community had invited me over to speak
at the conference. It was the first time we met, yet it
was like meeting an old friend. I had lunch with him and
as we chatted I just thought what an inspiration to meet
someone who had lived Jesus all his life and was still living
him today.

He shared many stories of situations he had encountered.
He told me of one boy called Eric who stayed with them in the
community, Eric was blind, he couldn’t hear or speak and he was
confined to a wheelchair. But the worst of his suffering was
that he was filled with anxiety and no matter what they did
no one could seem to help him. One day they took him into the
chapel where there was adoration of Jesus in the Blessed
Sacrament. After a few minutes with Jesus, for the first time
since they had known him, he seemed completely at peace. Jesus
had been able to show him at the deepest part of his being that
he was beloved by God. This really touched my heart also because I
know in my life the greatest healing I have received is in
silence before Jesus in the Blessed Sacrament.

Whilst in France I received an email from a good friend of mine
who is a Carmelite Nun, She told me she felt St Therese of
Lisieux was interceding for my ministry and wanted to call down
the fire of the Holy Spirit upon all those I speak to. So I
started to invoke her in the prayer I say at the beginning of
each talk. It was great because when I returned to Ireland to
speak at a parish mission in Carrigaline who should be right
behind the ambo where I was speaking from but a statue of
St Therese. I’ve always loved her, she has a great sense of
humour and is an incredibly powerful intercessor, she is a
good friend in heaven.The mission was very blessed with many
people being touched by God’s love. It was a particular pleasure
to meet three great priests, Fr Bertie, Fr Aidan and Fr Charlie.

My good friend Br Martin from the Franciscans in Moyross is going
back to America to join the seminary to become a priest, please
pray for him because I think he will be a very powerful priest.
We had the chance to spend a few days together doing talks in
schools in Cork and Dingle, it was one miracle after another
and I just thank God for giving me friends like him. One email
I received from a girl we had spoken to said her faith had come
back alive and that she and her friends were crying during the
talk because God was touching their hearts. It is a real blessing
to receive so many emails from the schools particularly and it just
fuels me to want to carry on doing this work for as long as God
allows me.

As the years go by I see more and more that it is really true what
Jesus said that whatever we give up for the sake of his kingdom he
will reward us one hundredfold even in this life and I think one
of the greatest gifts we can receive is that of true friendship.
I’ve recently finished writing my third book, it is entitled
‘Journey to Freedom’ it will be available in a few months time,
it is all about the gift of freedom that Jesus leads us into.
A few years ago I had a heart attack and I think that it was only
after that I really began to embrace the gift of life that up until
then I had taken for granted.

I had the joy to speak at a Youth2000 retreat taking place near Dublin,
I was very impressed by the grace filled atmosphere at the retreat and
seeing so many young people being moved by God. The organisers James
Mahon and Anne Quinn did a fantastic job. Youth 2000 in Ireland is
going from strength to strength and it was good to meet up with the
youth2000 Ireland leader Paul Rooney and his wife Yvonne and spend a
bit of time with them. Yvonne lived with us in community as did
James Mahon and it is great to see them both so happy and fulfilled in
their lives and serving God so powerfully.

In Holy week I led a mission in Newtownstewart, Co Tyrone and then spent
Easter in the house at Carrick-on-Shannon with my mum and the rest of
community.

Over the next couple of weeks I will be speaking at Parish missions in Donegal town and at Mountview in Blanchardstown near Dublin. You can find the details on the community website www.stpatrickscommunity.org

You are in my heart and in my prayers, please pray for me.