"GIVE YOUNG PEOPLE THE TRUTH!" 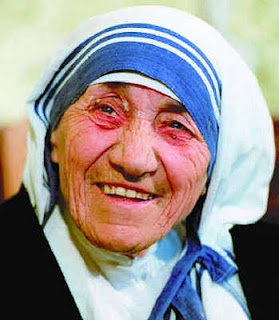 It has been a busy but very blessed month. I did
a Parish mission at Donegal town were the Parish
Priest is Fr Willie Peoples. In the current climate
where it can't be easy for priests he was a great
witness to me of what it means to be open to God
and to others. I just happened to be in Donegal
town about a year ago and met him by accident and
straight away he booked us to run a mission. The
thing that struck me about him was his joy and how
real he was with everyone he met, very much himself
in the best sense.

I was running a mission in Blanchardstown in Dublin
and woman came on the first night to hear me speak
with her husband and young son. She said that they
didn't normally go to Church but both her and her
husband had been deeply touched, her husband went
to confession for the first time since his first
Holy communion and she had received a lot of grace
at the healing service where she couldn't stop crying
because she felt so loved. At that parish there were people
from more than 40 different nationalities some with
a strong faith and others returning for the first time
in many years. Once again the Parish priest Fr Paddy
was a great host, full of love and always looking to
serve.

At that mission I spent a few days with my good friend
Padraig Keogh, It was Padraig that I first went on the
road with when I arrived in Ireland, he gave up his job
for six months to travel around with me speaking in schools
and parishes. Also there were Tom and Joan Reynolds who
over the years have given me great support, I often stayed
with them when I was in Dublin and it was like a home away
from home, good food and great company but most of all the
warmth of God's love. Just to round it off Paul and Yvonne
Rooney were there also, it was Paul who first invited
me over to Ireland to come and speak in schools and has been
a good friend ever since. I love the way God gives us true
friendships which last through the years.

I travelled down to Ennis in County Clare to do some talks
and while I was there I had the chance to play Golf for the
first time in ages, even though I didn't play brilliantly
it was fantastic to be outside and I really enjoyed the beauty
of nature and getting a bit of exercise.

I was staying near Newtownbutler for a couple of days and myself
and a couple of my friends went to Mass on a friday morning and
out of the blue the priest asked if I would come and speak at
his Masses that weekend. I did so and it was incredibly blessed.
I thought it was amazing how open and trusting it was for him to
want me to do that when I had only met him once before, seven years
previously. That weekend I met a Canon who said two of the masses
who was nearly ninety years of age, the minute I met him I knew he
was a truly Holy man, he oozed Gods love and compassion and it gave
me great hope of what is possible in someone who really tries to
live their life for God.

One thing that struck me hard during the last month is the amount
of tradgedies happening, I have come across several suicides and also
those who have attempted suicide. It once again strengthed in me
the conviction of just how important it is for young people especially
to understand that they are loved and cherished by God. We went into
one school in Athlone and the headmaster put all the boys together
(over 400 boys) with just a few minutes notice. It was a wonder to
see how hungry they were to hear the truth that their lives are
precious to God and he has a plan for them. Mother Teresa used to
say "Give young people the truth and at least they have the choice
to choose the truth" I thank God for that headmaster and his obvious
love and care for his students that he put that message of Gods love
as the most important lesson they could ever learn.

Later this week I will be off to England for a few weeks to take
part in Parish missions in Mid Somer Norton, New Addington and
Stamford Hill. Please keep those in your prayers and be assured
that you are in my prayers also.