WHO IS MY MOTHER? 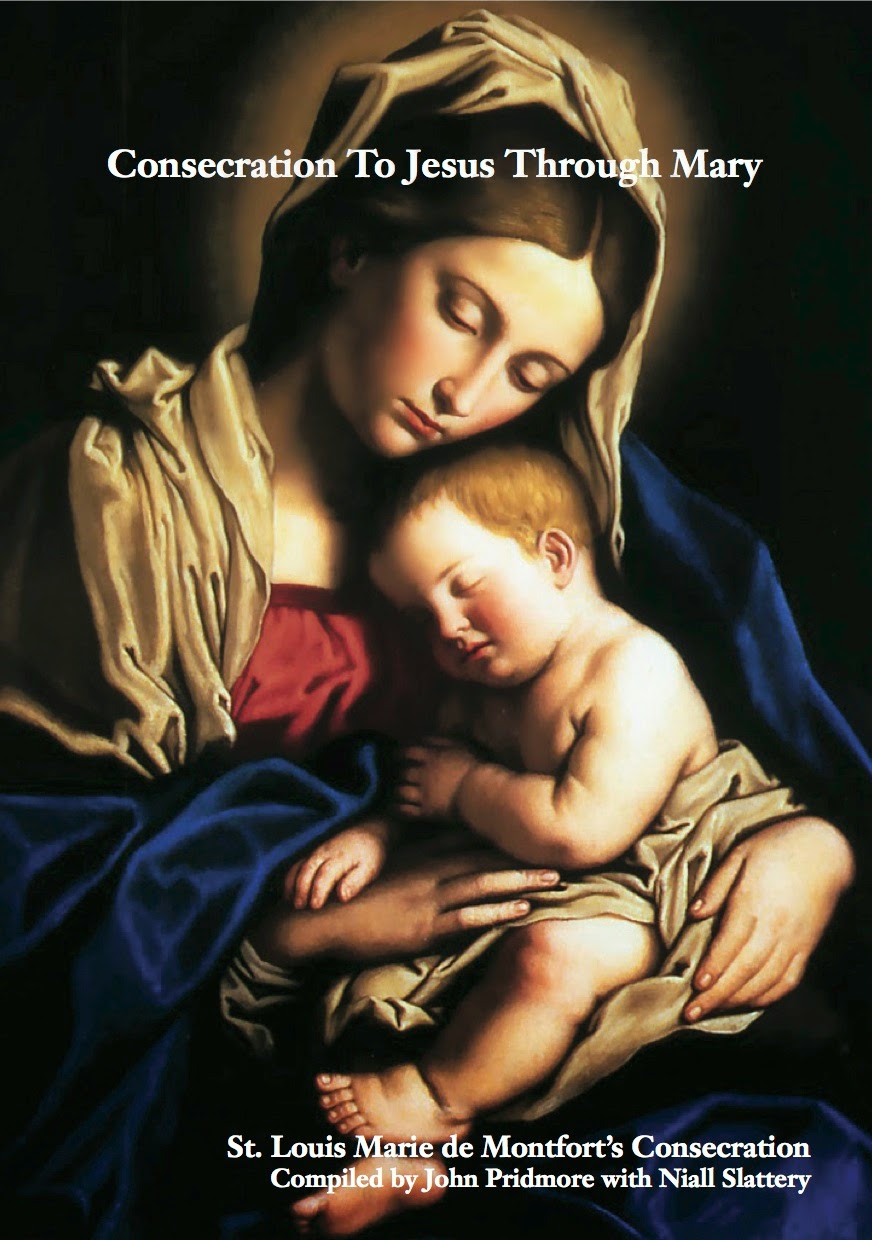 I hope are well and at peace.

Since my last update and being filled with the grace
of Our Lord's resurrection over Easter, I gave a
mission in Co Laois, Ireland. The parish priest
there had spent many years in Brazil and was a
world of information about the make up of the
Church in South America. He explained to me
about liberation theology and how this came
about in the ministry of some priests. As with
all areas where we can be misguided or misled
they seemed to start with a very good intention,
but it is when we step across that line of obedience
to the teachings of the Church that the problems
start. However this priest had a love for the Church
and the people he served and was a good witness.
There was one middle aged woman at the mission
who had a deep fear of the Church and of authority
because of a retreat she attended when she very young.
Despite this the Holy Spirit guided her to come
to the whole mission, she went to confession
for the first time since she was a child and her fear
was healed.

Next I travelled to Knock (The national shrine where
Our Blessed Mother appeared in Ireland) There I
gave a weekend retreat based on healing the wounds
of our childhood. It was a programme I did myself
where I received many graces and a freedom to serve
God more fully. At this retreat we witnessed Our
Blessed Mother reaching into the peoples hearts and
bringing a deep sense of God's love and a real sense
of self acceptance.

Over the last few years I have been working on my
4th book entitled "Consecration To Jesus Through
Mary" This consecration based on St Louis de
Montfort's writings changed my life and brought
me to oceans of Jesus I did not know or understand
until I gave my heart to Mary to present to Jesus,
and in so doing I could see Jesus as his Mother
Mary does. St John Paul II stated that this
consecration was a turning point in his life along
with countless other Saints and Holy men and
women. After the retreat in Knock I had
the opportunity to finish the book and it is now
available from my website or any good bookshop.

I then travelled to England where I spoke in a
number of schools to a few thousand young people.
I always enjoy this part of my ministry and the
response of the young people through their openness
to the truth of Christ's love for them. It was also
very obvious on this particular trip the amount
of teachers who really want the young people to
know God's plan for them and are prepared to put
themselves out for this grace.

Then I gave a parish mission in Manchester which
was very blessed. Some of the priests from the
surrounding area were so touched by the confessions
that they came every night and even though on one
night England were playing in the world cup the
Church was still full.

After this I flew to Gibraltar where I gave a retreat over
a weekend to about 100 young people. This was very
emotional for me as some of those attending had been
really wounded by the world and the culture of death.
But to see God's transforming love bringing them back
to life in him was both wonderful and amazing. The
culture of death promises that if we put ourselves first
and do only was is pleasurable for us with no regard for
others this will bring us life. As I know only too well
the culture of death brings death and pain.

The culture of life promises that when
we sacrifice ourselves for others, give until it hurts,
helping the weakest and being the light that Christ's life
showed we have fulfilment joy and happiness. The
culture of life brings life to it's fullest.

During my travels I met a man who I thought was a
Catholic priest, only to discover that he was from a
society that had been excommunicated from the Church
because of their disobedience to the pope and the teaching
of the second vatican council. Whether we move away
from the Church and it's teachings through liberation
theology or thinking that no Mass is valid after vatican II,
the results are the same, disobedience and separation from
the Church that loves us.

On reflection over the last few months our Church is like
a Mother who is there to both guide us and protect us, who
loves us and cares for us and the more we are obedient to
our Mother and her teachings the freer our lives become.
St Therese of Lisieux stated that for many years she searched
for her true true vocation and then discovered "In the heart
of the Church my Mother, I will be love!"

I pray that each one of us may be the love of Christ to those
we meet.

Please pray for my up and coming missions and retreats as I
will be travelling in France, Ireland, Scotland, Hungary and
England.

You are very much in my heart and prayers.