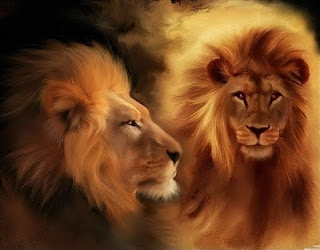 It was nice to get back to Downside Abbey to do a second
mission with Fr Michael Clothier. Fr Michael who is a
Benedictine monk has been a great friend for the last
twelve years and he had invited us to run a mission in
the parish of Midsomer Norton which has a wonderful
16th century church.

Downside abbey always has fond memories as I would often
stay there when I was giving talks in the local areas and
work pray and eat with monks. The Parish mission was a wonderful
gentle mission and you really felt the sense of the Holy
Spirit coming as we entered into Pentecost. One lady as she
was leaving the mission said that she had been to confession for
the first time in 40 years and she felt a joy like she was
a young girl again, which to me represents the innocence
God has created each one of us to have as we should be innocent
as little children.

It was also an amazing grace to be able to speak to so many
secondary school children. During the week I spoke to 2000
kids including to the whole school of Downside abbey and Prior
Park where Cardinal Cormac Murphy O'Connor went to school and his
nephew is headmaster. While at Prior Park I met my old freind
Fr Malcolm who used to be chaplain at a category A prison in the
the Isle of Sheppey and he was now chaplain at Prior Park and I
told him it was nice to see him out of prison which made him laugh.

The greatest blessing for me was receiving a relic of my confirmation
saint St Thomas More who was a lion for Christ and during that week
I felt like I was walking in his footsteps speaking in both Catholic
and non Catholic schools and trying to bring the love of Christ to
each of the people we ministered to.

Leaving Downside abbey I flew to Rome to give some talks with my good
friend Magnus McFarlane Barrow who is the founder of Mary's meals. It
was a great blessing to spend time with Milona Von Hapsburg and Sylivia
who is the sister of the visionary Jelena. I felt a real closeness to
Our Lady and knew she was encouraging me to glorify her son at every
opportunity through my words and actions as the great Saints who roared
Christs glory at every opportunity with the fearlessness of a lions
heart and with the gentleness of the Holy Spirit the dove of God.

We then had a blessed mission at New Addington in Surrey where the people
had a hunger and an openness for God. Again God opened the doors so I
could speak to hundreds of young people in Croydon schools where one
headmaster really seemed to put Christ first in his school, he was a great
witness. He felt faith was the key to bring young people to a morality
and a hope in a run down environment.

We travelled then to East London and the Parish of St Ignatius in Stamford
Hill wher my good friend Fr Bernard Charles a Jesuit priest is based. The
mission was wonderful with over 30 different nationalities coming to worship
and open their hearts to God. It was great blessing to spend time with several
Jesuit priests and to see God working in their lives. During this mission I
flew to Ireland to give some talks at a novena in Dublin for Fr David a Sacred
Heart priest and on Sunday I was back in home parish of St Josephs in Leyton
East london to speak to a youth group and met some young people who seemed
to be the future lions of Christ ready to proclaim him at every opportunity
through their words and witness.

I pray that each one of us has hearts open to the promptings of the Holy Spirit
and that this be a new time of Pentecost where we can bring the fire of the
Holy Spirit to everyone we meet.

May God fill you with his deep love, you are very much in my heart and prayers.
John Pridmore
Posted by John Pridmore No comments: