FAITH THE SIZE OF A MUSTARD SEED! 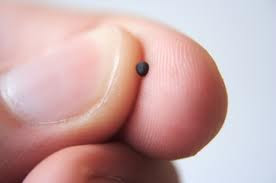 I recently had the joy to go and speak at
the Youth 2000 retreat at Our Lady's shrine
of Walsingham in England. It was quite a
moving experience for me because nearly
13 years ago, Robert Toone the leader of
Youth 2000 England at the time, sent me and my
friend Niall to Walsingham to look at the possibility
of running a retreat there.

When we arrived at the shrine we had no
idea where to start or who to speak to, so
we went into one of the fields and prayed
the Rosary and asked Our Lady to guide
us. Before long we had met up with Janie
an amazing Lady from the town who is our
friend to this day and we had arranged with
a local farmer to be able to use his fields.

Six months later we returned to the same
field to say a Rosary in thanksgiving as the
retreat became a reality when 2000 young
people (many of whom had no faith at all)
arrived from every corner of the country for
the 5 day festival. God's grace worked in a
powerful way and it is amazing to see it
continuing 12 years on. It really was the
faith of a mustard seed because we didn't even
know if it was possible and there were many
easier ways of putting together a big retreat
for instance in a large city in a giant warehouse.
But the truth is that when it is God's idea, if
we are obedient to his inspiration it will bear
fruit and fruit that will last.

A couple of weeks ago were doing a mission at Drumoghill
in Co Donegal in Ireland, and on the Sunday some of the
team went to pray at a Holy well for the week ahead. They
got chatting to a woman there who said her daughter had
been talking about wanting to hear me speak because
she had read my book. The girl came to mission and God
really gave her a new lease of life, and she was so
moved by the fact that the Lord had arranged the meeting
with her mum at the well because she had been going
through a very difficult time and this showed her just
how much God cared about her and how important she was
to him.

We had a 16 year old lad called kevin with us for 10 days,
his mum had contacted me to ask if he could spend some
time with me because he had been in a lot of trouble for
the last few years. It was amazing to see the transformation
in him and the joy and peace that he received after going to
confession, he had made a decision himself that he wanted to
change and do something positive with his life. Please keep
him in your prayers as he heads home that he can continue to
grow in the grace that he has found.

Sometimes it is very difficult for these young men going back
to the environment where they have been in trouble, please continue
to pray for Anthony as he is struggling now he is back in London
that God would protect him and give the grace to make the
right decisions for his life.

Recently I ran a weekend retreat on the theme of healing the wounds
from our past, I know in my own life that it is only when we receive
that healing that we are truly free to love in the way that is God's
dream for us. It was held at Ards Friary in Donegal and it was such
a Blessed and special weekend. For me it was lovely to get to know
the people who came over the weekend and to be able to see God working
in so many ways. One man who came told me a few weeks later that his
children were saying he is a changed man and won't stop talking about
God, but he has an infectious joy and a deep sense of God's love for
him.

I am running another Healing weekend at Rossnowlagh Franciscan Friary
in County Donegal From Friday 9th to Sunday 11th of September and if
anyone is interested in coming you can call Paul on 071 985 2572 to
find out more details. I would love to see you there.

Just to let you know that you are very much in my heart and prayers.