PROCLAIM THE GOSPEL FROM THE ROOFTOPS! 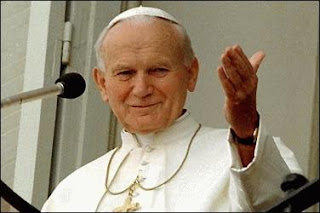 I hope you have had a blessed Christmas and the
new year will be a time of grace and peace.

I arrived back in Ireland at the beginning of
December after being travelling for nearly three
months. It was a great feeling to sleep in my
own bed again. I had the privilege to speak in
Blackrock College in Dublin to 400 boys, Myles
the teacher who invited in to speak told me that
afterwards the lads were very open to what was
said to them. One of the students was called
Pearce I had met at the World youth day in Sydney
and it was good to see how he was growing in his
faith.

The first Parish mission I did on returning to
Ireland was in Drumshanbo, Co Leitrim. The snow
came down very heavily and then temperatures
plummeted to well below zero. the roads were
hazardous to say the least. The amazing thing
was the people still turned up to pack the church.
This was a great witness to me of the faith of
people in Ireland and their love for God. The
parish priest Fr Peter is a great man, full of
charity and wisdom and he taught me so much in
the time I spent with him.

The next mission was near Belfast and the thing
that stood out to me there was a conversation I
had with one of the priests. No matter what he
did it always seemed that someone wasn't happy
with the way things were done. I just encouraged
him that it was my experience that we are not
called to be popular but to serve God and to do
his will. That is where all the grace is and also
where true freedom is. Frank Duff who founded the
Legion of Mary only had one question when he was
discerning something and that was "Does God want
this" and if he felt it was God's will, he would
go ahead with it knowing that the Lord would
provide for his every need. Later that day the
Priest thanked me and told me it was just what he
needed to hear.

I remember hearing Pope John Paul II saying "Now
is the time to go out into the highways and the
byways and to proclaim the Gospel from the rooftops"
and telling us not to be afraid to proclaim the
truth in love. Time and again I see that it is the
truth that has a profound effect on people and
especially the young, even though it won't always
make us popular. I remember visiting the Holocaust
memorial in Jerusalem and being deeply affected by
what I saw, and wondering how could this have been
allowed to happen? and as you are leaving the building
there is a plaque on the wall with the words written
on it "All it takes for evil to succeed is for a few
good men to remain silent".

After returning to the house from Belfast I had
nothing in particular planned but then three things
just fell into place in the way that only God can
do it. I spoke to all the students in two local
schools. The teachers brought them over to their
churches and I spoke to all the young people at
once. Both groups were about 400. I thought it
showed an incredible openness on behalf of the
teachers to go to all that effort to make it happen.
Then in one of the evenings a meeting was arranged
for a project that I'm involved with called Salve
Regina Oige. We are in the process of building a
retreat house in Medugorje to bring teenagers in
groups of up to 60, to give them an experience of
God's love and peace in a safe and secure
environment. I love it when events fall into place
like that because it shows that God is well and truly
in charge if we keep seeking his guidance.

You are very much in my heart and prayers, please
pray for me as I am speaking to seven thousand kids
in schools across England in the new year.