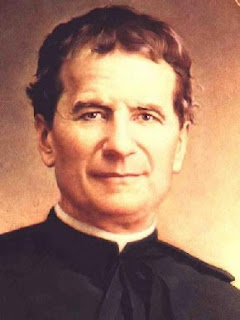 The last few weeks have been fairly hectic, as a team
we did six Parish Missions on the trot. It is always a
great experience to meet all the new people that God
puts in our paths. The Parish Priest at Swanlinbar in
Co. Cavan was so full of wisdom and good humour
that it was a joy to be with him. At the end of the
mission he said the thing that had touched him was
how vulnerable the team members had made themselves
in their testimonies. I think when we share something
deep from our own lives, particularly our weakness and
struggles it always reaches into the hearts of others.

I travelled to London to speak to a confirmation group
in Edgware, many people turned up for the talk and I
thank God that it was a grace filled night. Afterwards
I ended up praying for quite a few people and I was
overwhelmed by the suffering that some people have
to live with, but even more so with the compassion and
mercy that God has for us in that suffering.

It was my pleasure to speak at the Northern Catholic
Conference in Liverpool, both to the young people and
the adults. There seemed to be a tremendous sense of
joy at the conference and I really enjoyed meeting many
old friends, including one man who I hadn't seen in years
who from the kindness of his heart had paid for my airfare
when I went to join the Franciscan of the Renewal in New
York. I told him this changed my life and without him it
wouldn't have been possible.

I received a great grace myself when on a long car journey
I put on a CD called anger and unforgiveness by Deacon
Bob McDonald. In it he exposed that anger is never the right
way to deal with situations. In community life it is easy to
challenge people and to do it in an angry way and to justify
it by saying it is righteous anger. In truth our anger is never
righteous, only God is capable of that, and when we raise our
voice we create far more harm than good. This was a powerful
message to me and I knew that I could never again justify anger.
I pray for the grace to deal with everyone with gentleness and
patience. I suppose it comes down to the old saying that "The
truth without love isn't the truth" As St John Bosco said when
talking about the boys of whom he was in charge of "We must
be firm but kind, and be patient with them, never giving in to
anger"

About a week ago a young man called Anthony came to spend
some time with us on the team. I had known Anthony when he
was 11 years old and God had deeply touched his life at a retreat.
Now he is 17 years old and for the last few years he has been in
a lot of trouble with drugs and all the usual pain that goes with
that lifestyle. He told me that he came to a point of despair not
knowing what to do and not feeling the strength to change, he
went to Mass on a Sunday morning on his own (he hadn't been
to Church in years) and he begged God to help him. Within a few
days his uncle had contacted me and he ended up coming with
me to Medugorje where he went to confession and got rid of
everything that was burdening him. The hardest thing is for him
to forgive himself, but God has been showing him again and
again that not only is he totally forgiven but that he has great
plans for his life.

Being with Anthony reminds me of myself at his age, all the pain
and confusion and the search for love and meaning and trying to
make sense of the suffering that all of us face in life. Because of
this I find it easier to love him and accept him, because it is like
loving and accepting myself at his age. In the end it is always the
unconditional love of God that heals us and gives us the strength
to change, and even though many times I fail I know that is the
love God asks me to show to everyone that I meet.

You are very much in my prayers, please keep me and Anthony
in yours.