EVERYTHING HAS ITS TIME AND SEASON WITH GOD! 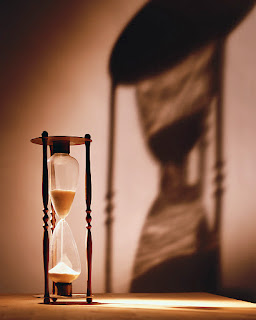 One thing that God has been showing me recently is that everything has its time and season with him, we never know when God's grace will kick in.

I recently spoke at a mission in Co Cork. The next day
a woman asked to speak with me, she told me she had
come to a point of despair in her life, she felt she couldn't
carry on. She saw the mission advertised and she prayed
to God that he would help her, but she said if nothing
changed she planned to take her own life the next day. As
I was sharing my story and throughout the evening she had
a powerful encounter with the love of God. The next day
when she woke up she had a tremendous sense of joy in her
heart and all she wanted to do was pray and thank God. She
wanted me to know what had happened to her. The Parish
Priest had said to me that when he was blessing the people
with Jesus in the Eucharist he felt that many of them were
receiving great healing. Her words shared that this was true.

There was one person I knew since my childhood who I had
been very hurt by, when I changed and started to try to live
for God, this person made life as difficult as possible for me,
and I don't mind admitting that at times I had a lot of anger
in me towards them. So I started to pray for the person and
at first I found it very, very difficult to do so. Somehow it didn't
seem real because part of me wanted them to suffer because of
the pain they had caused to me. But as the months and years
went by it became easier until I was genuinely wanting God to
bless them and show them his love. This person had no faith
whatsoever and was angry towards anyone who did. A few months
ago, to my absolute astonishment I heard that this person had a
conversion and had become a Catholic and is now attending mass every day.  This news showed me that absolutely nothing is impossible to God and that maybe in some small way my feeble prayers and desire to at least want to forgive might have had something to do with their conversion.

A woman contacted me to say that nearly five years ago I spoke in her
daughters school, the girl brought my book home for her mum to read
because she knew her mum loves God and would be very interested in
my story. But to the family's surprise it was the dad who picked up the
book and his life has changed ever since. The mum said she had been
praying to God to speak to her husband’s heart and let him know that
he is real, and through the book he did. To me this was the power of
this woman's prayers and the perfection of Gods timing.
A man in his twenties emailed me to say that I spoke in his school six
years ago and at the time all he had been interested in was the
Gangster bits, so he got a copy of my life story and read the first half,
but as soon as I found God in the book he put it down. Years later he was
going through a tough time and felt very alone, it was then that some
of the things I had said to him in his school came back to his mind. He
searched his house and found my book and this time he read it cover
to cover. He went to confession and started going to Mass again and
God completely transformed his life. I know that someone, somewhere
was praying for that lad.


Also after world youth day in Sydney I shared my story in a secondary school there and only now over three year later one of the students contacted me saying that the words I spoke had made a deep impact on him and that he had a spiritual yearning and he was looking to come closer to God. Again Gods timing is not our timing but he waits patiently to work in a persons soul.

Years ago, when I first started to speak to young people in schools, my
friend Niall and I would visit the enclosed nuns, (the Carmelites and
Poor Clares for instance) and ask them to pray for us and the students
we would talk to. It was amazing the things which would happen,
because there is no more powerful weapon than prayer and there can
be no substitute for it. We can do our best and give our utmost but in
the end it is only God that can change a person’s heart.

We have many missions and school talks coming up over the next
couple of months in Ireland, England and Scotland as well as Italy.
Please keep these intentions in your prayers and that I don't get in the
way of God's grace in my brokenness.


You are very much in my heart and in my prayers.