GOD IS NOT ANGRY 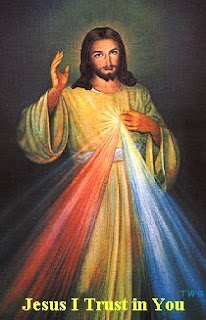 Recently I went to speak at a weekend retreat in England
and I met a young lad who was struggling to understand
God's love for him. He felt that he was constantly trying
to prove himself to God. While I was praying for him I
sensed that God wanted him to know that He loved being
in every part of his life and not just when he was praying or in
church, but also when he was playing football and having
fun and even in the usual teenage struggles. When I told
him this, it was a massive weight being lifted from his
shoulders and I could see a great joy in him.

Years ago someone gave me a book called "God Is Not
Angry" by Father Ian Petit. In it he describes how we can
make the mistake of pretending to be holy on the outside,
but hide the mess we are within. He gives the example of
a man who is very greedy, but every time his wife asks
him if he wants a slice of chocolate cake, he says "No
thank you dear" but inside he still wants it. He can play
this game all his life but still remain greedy. Or he can
be real and honest with God about his greed and God
can begin to heal and change his heart.

A friend of mine struggled a lot with fear since he was
a young boy. In his late twenties he had a deep experience
of God's love and mercy, but the fear remained and
dominated his life. One night he had a dream in which
disgusting maggots were coming out from within him
and he was looking at them in a big pot before him. He
knew they represented the things about himself that he
didn't like, his weaknesses, bad habits and his general
brokenness. But in the dream there was one giant maggot
which was half in and half out of him and he was
wrestling with it to try and pull it out, but it wouldn't
come. He knew that this giant maggot was
the key to his fear and that it had a stronghold in him
that controlled him. He never forgot this dream and for
years he couldn't work out what the giant maggot
signified. Then one day while praying it dawned on
him that the thing which was dominating him, the
maggot with which he was wrestling, was perfectionism.
He could never truly accept himself and couldn't
even dream that God could accept him whilst he
allowed this lie [that we have to be perfect for God to
love us] to run his life. God loves us even with all our
maggots and when my friend began to realise this the
fear started to evaporate from his life, because he knew
that he could come before God just as he was and ask
His light and grace into absolutely every area especially
those he finds difficult to look at. Perfect love drives
out all fear!

Jean Vanier said we have to learn to tame the monsters
within us, and I believe the key to doing this is to ask Our
Lady to take us by the hand and help us to bring those
dark places in our hearts to Jesus her son so He can transform
those maggots into precious diamonds.

A girl I knew from Ireland went out to work with Mother
Teresa's sisters in the slums of Calcutta, whilst she was there
a priest who worked permanently with the destitute and
dying on the streets was giving them a talk in preparation
for the work she had volunteered to do. He said that
when you are holding a leper in your arms and there is
puss oozing from his wounds, don't wear gloves, don't be
disgusted because Jesus is right there in the excrement,
and unless you really know this, the work will be
impossible. At first she was shocked, but as the days and
weeks passed she realised it was true, that our humble
God never turns his back on anyone and it is only us
who put up walls to keep him out of certain situations
which we find uncomfortable and she remembered Jesus'
words "Whatever you did to the least of these, you did it
to me"

Over the last few weeks I have run parish missions in
Hereford, Convoy in County Donegal and at Walthamstow
in East London in the Church were my brother was baptised.
It was a great grace for me to do a mission so close to where
I grew up and to see people from such diverse cultures and
backgrounds packing the Church. Even though these are very difficult
times, it is evident that God is working powerfully to strengthen
and heal His children. I witnessed many people coming back to
the sacrament of confession and there were a lot of tears and also
an immense sense of joy.

I travelled to Poland and a young priest called Fr Chris was there
to show me around. He is only 30 years old and he has a great
passion for people to know the love of God. He was a gracious
host and went out of his way to make me feel welcome. One
evening at the venue where I was due to be speaking they served
a dish of meat pudding and Fr Chris noticed that I couldn't eat it, but
it was the only thing on the menu. So he drove me to a place where
they actually give you a fishing rod and you catch your own meal
from the lake next to the restaurant. I quickly landed a lovely trout
which I handed over to the cooks and within minutes I was eating
one of the most tasty meals you can imagine.

The next day as I got up to share my story to 3000 young people
I was reminded when Jesus said to St Peter "From now on I will make you
a fisher of men" and I smiled to myself at God's sense of humour.
When I had finished speaking the young people spontaneously
stood up and gave me an ovation which lasted five minutes. I knew
it was God who they were applauding because only He can make a
stone speak. After this they asked me questions for one and a half
hours. I was deeply moved by their openness and thirst for God.

Whilst I was in Krakow I had the honour to attend Mass in the seminary
where Blessed Pope John Paul II used to teach and I felt very close to
him. In that same city I visited the Shrine of Divine Mercy, and
at the convent where I was staying I mentioned to one of the sisters
that as a community we get up at 3 am every morning to pray
specifically for all those who are dying and also for those that God
sends us to minister to. After that we go back to sleep. To my
amazement she told me that for years now she has been getting up at
3 am and praying for three hours for the whole world, then
commencing her daily routine at 6 am. She said that this was her gift to
God, the freedom and joy that I saw in her was inspiring and I realised
that she knew with all her heart that God is not angry.

There was a sixteen year old boy who grew up in a very devout Catholic
family in France. He felt himself to be the black sheep of the family
because he was always getting into some sort of trouble. One day his
mum and dad told him that they were going to visit a lady called Marthe
Robin and he was going with them. Now Marthe had been paralysed and
bedridden since the age of 21 and she actually lived off the Eucharist
which was her only food for fifty years. She was well known to be a mystic
who could read the souls of the people she met. Now this young man was
petrified at the prospect of someone else knowing the state of his soul.
When he went into the room to meet her, she looked at him for a while and
then said "What are you so afraid of?" and to his own surprise he said "I'm
afraid of God" at this she burst out laughing, a laughter which was
infectious, and when she finally stopped she smiled gently at him and said
"How can anyone be afraid of God?" at this he physically felt the fear
leave him and his life was never the same again. Years have passed since
then, he is now a married man and also a deacon in the Catholic Church.
I must say that when he preaches about the mercy of God you know
that it is from personal experience.

St Faustina said that the greatest attribute of God is his mercy. We should
never be afraid of him because of our weakness. No matter how far we fall
in our own eyes we can always turn to him and say Jesus I trust in you.

You are very much in my heart and prayers