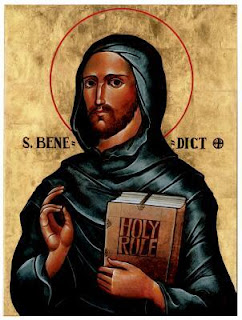 I had a truly blessed trip to America especially
the Men of Christ conference that I spoke at in
Milwaukee, it was amazing to see 3000 men together
to express their Catholic faith. It was a grace
filled event with many men coming back to confession
after a long time including one man who said it was
50 years since he had been. To hear some of the
testimonies after the conference was very moving,
quite a few of them said it had brought them back to
Christ and had motivated them to become better husbands
and Fathers. I would love to see more Men's conferences
on this side of the pond.

I received many emails from the young people in the
American schools that I spoke in, and of course it
just reminded me that no matter where you travel people
are going through the same difficulties and struggles.
I thank God for their openness and also for the grace
that he is bringing about in their young lives. One girl
said she was new to the school and she wasn't expecting
to able to go there for several reasons. But at the
opening Mass for the year she kept crying throughout
as she felt God saying to her this is the place I have
planned for you. During my talk she felt God was again
confirming her that this was the place where he would
help her to grow closer to him and learn her Catholic
faith.

One thing that God has taught me over the years is that
it is important to get a balance in what I do. At one point
in my life I was working 365 days a year and I thought
I was doing God a service through this. One day a priest
challenged me "when do you take a day off?" he said, because
if we don't take some time off eventually we become jaded
and burnt out and then we are no use to anyone, this happened
to me on a couple of occasions. For nearly a year I lived
with some Benedictine Priests in Liverpool and they taught
me that St Benedicts motto was "Prayer, work and recreation"
and that it is vital to get a balance between the three if
we want to lead fruitful lives for God.

I have just come back from a few days rest and even though I
have a very busy few weeks leading up to Easter I feel renewed
and ready for all the challenges ahead. Whilst I was in Chicago
I wanted to go and see a show, and as I was praying I felt God
was saying to go and watch Les Miserables even though I have
seen it several times before. At the theatre I had a great
chat with the man I was sitting next to and I told him about
my life story and what I do. A few days later I received a
lovely email from the man, who told me that he was a teacher
and he had told the boys he taught all about his chance meeting
with me, they all agreed it wasn't just a coincidence. In the
class they discussed what it means to be a Christian man and
they are now going to read my book in their class. Once again
God showed me that when I invite him in to any decision,even
the small ones he takes that invitation seriously.

This week I am running a parish mission at Berkeley road in
Dublin, on the monday morning a man came up to one of our
team and said he had attended another mission we had done in
Dublin a couple of years ago, he said it had been the turning
point in his life and now he goes to Mass every day, at this
he burst into tears and gave the team member a massive hug.
It is beautiful to hear stories like his because it encourages
us to continue and never to give up no matter what difficulties
come our way.

You are very much in my heart and prayers, please keep me in yours
as over the next couple of weeks I will be speaking in Schools
both in Ireland and England.